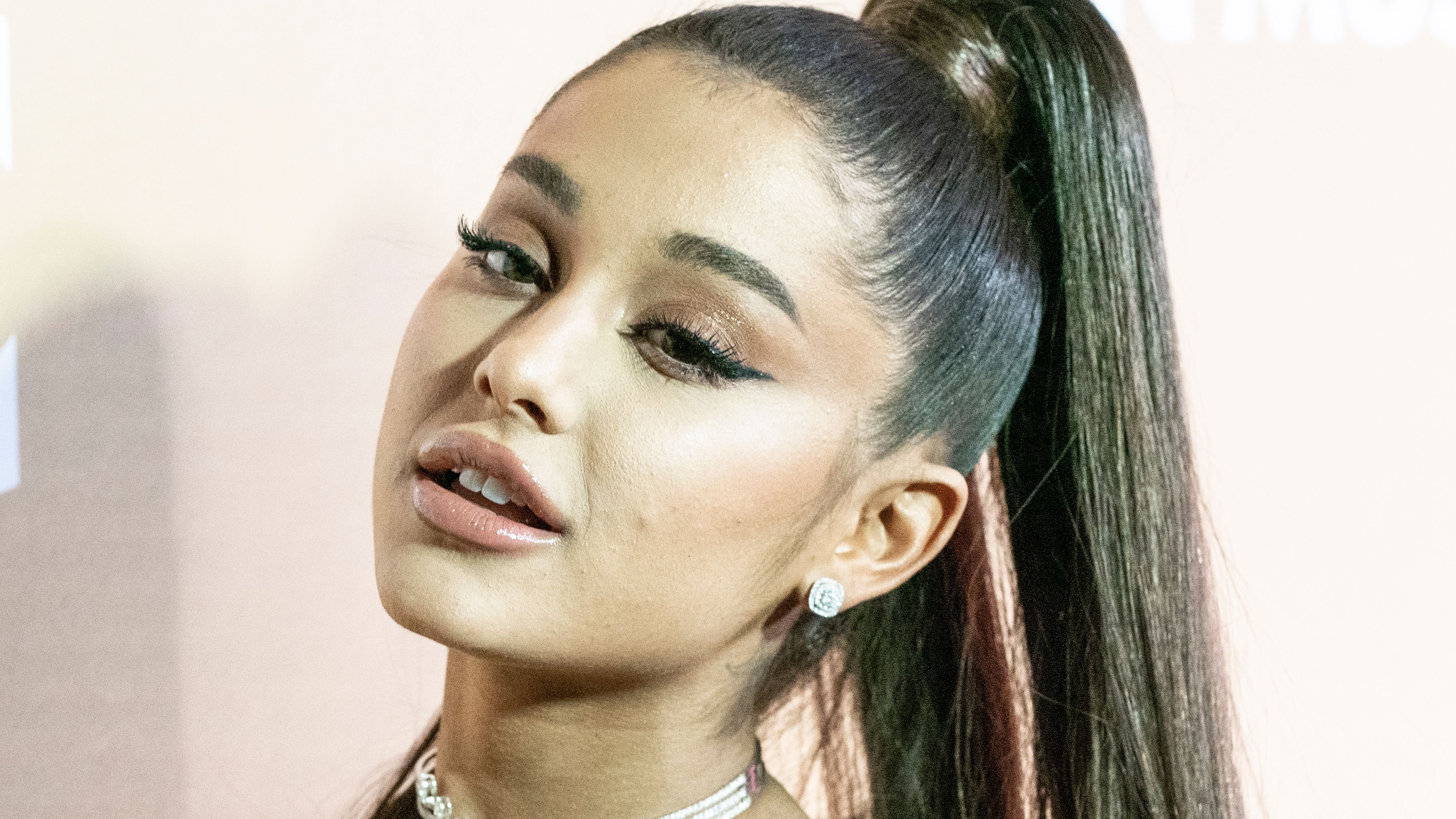 Ariana Grande's social media posts usually generate a huge level of engagement from fans but this one particular Instagram upload certainly takes the cake. Shared with her over 308 million followers back in November, the update featured an eye-popping outfit by Rui Zhou and caused quite the sensation among her devoted admirers, scoring more than 11 million likes and 82,600-plus comments.

Only a handful of her other recent posts boast such popularity on the platform, including the sweet snap of Grande and her real estate agent hubby, Dalton Gomez, that she posted right after Valentine's Day.

Check out below what the buzz was all about!

All that viral attention was definitely justified, with Grande wowing in a braless cut-out top that served up plenty of cleavage and sideboob. Known for its racy designs, Rui Zhou stepped up with a green number that was both seductive and whimsical. It had a cut-out panel in the front and chic metallic details, such as beaded shoulder and side straps. Matching long gloves completed the look, which gave off serious Tinkerbell vibes.

Although Grande only posted a bust view of the outfit, it was plain to see the cutouts stretched down to the waist, while also exposing much of her toned arms. Talk about fairycore!

Let's Talk About The Hair 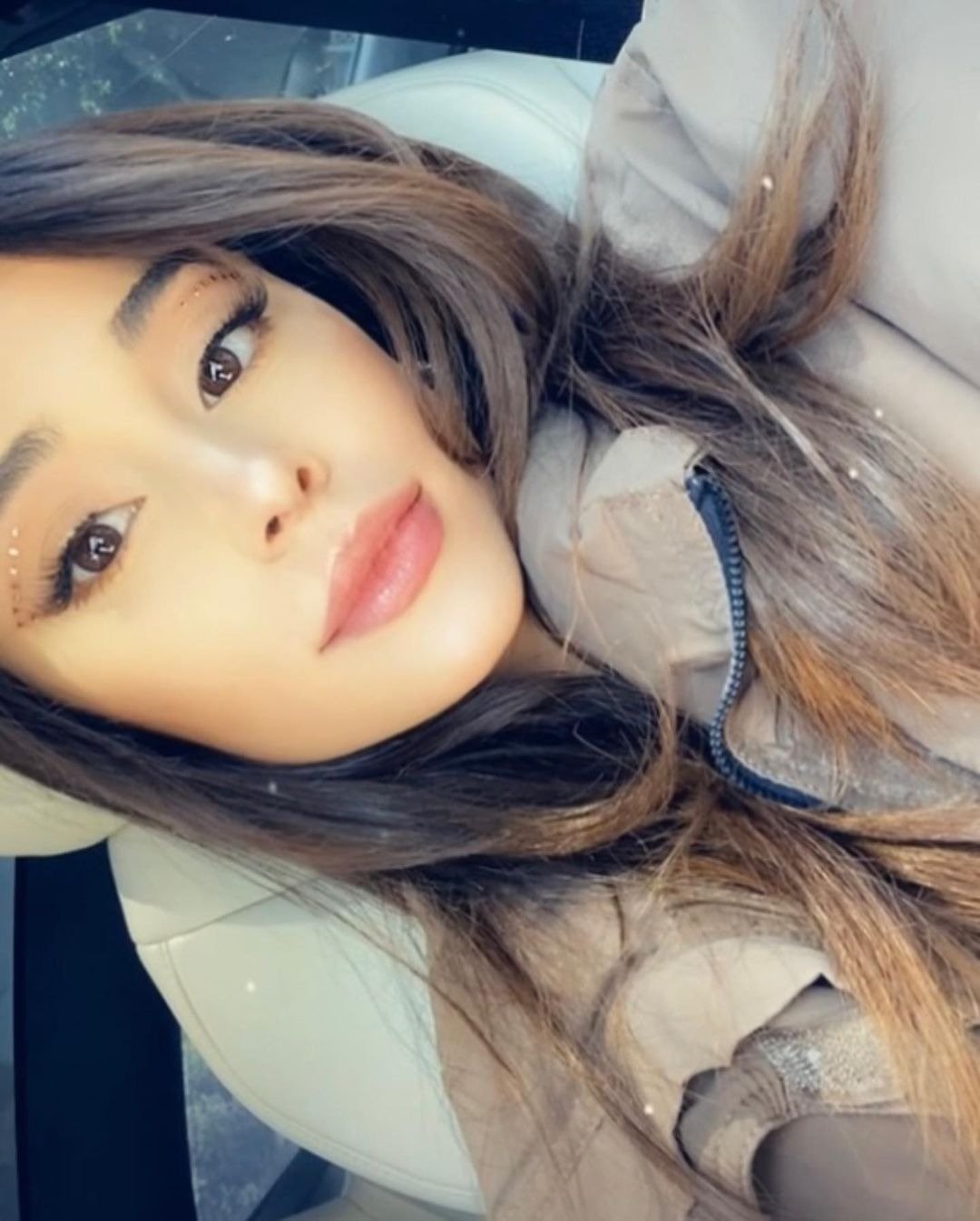 You can't think "Ariana Grande" and not immediately picture her iconic high ponytail, but the superstar seems to have had a change of heart when it comes to her hairstyle. In the picture, she had her long locks styled straight, giving her mane a sleek finish and a side part.

The Voice judge sported a similar style in a recent update shared not three days ago, and her hair immediately attracted media attention. Posting pictures of the Wicked music rehearsals, Grande, who plays Glinda in the two-part feature film, included a car selfie in which she sported wore her hair down, with Cosmopolitan noticing "she looks British" and unrecognizable. Take a look below! 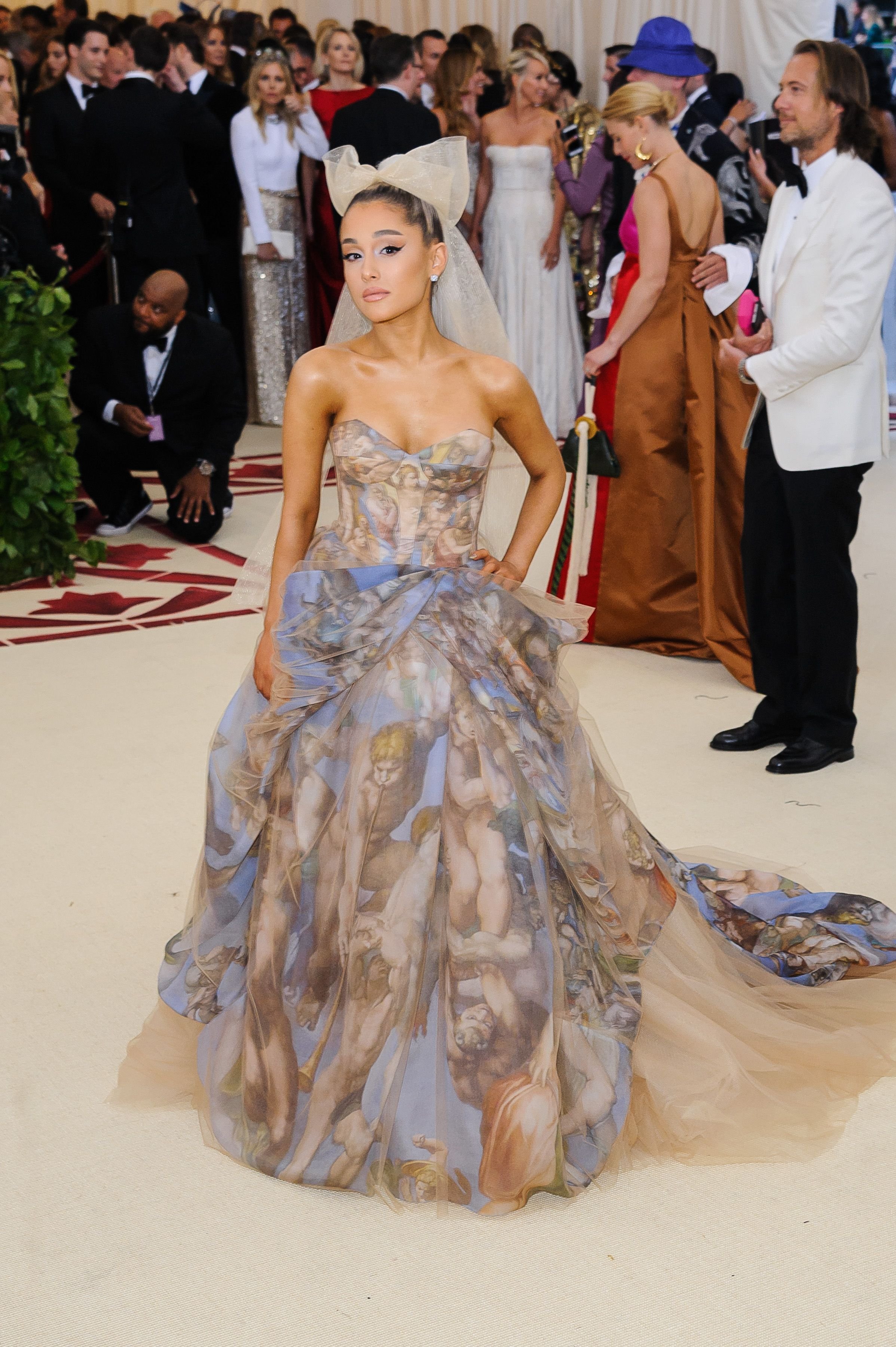 Going back to her braless update, the tantalizing look was put together by Grande's go-to fashion stylist, Mimi Cuttrell. If you're not familiar with the Hollywood stylist, Cuttrell recently did Maude Apatow's Miu Miu red carpet look for the Met Gala. She works with top celebrities, such as Gigi and Bella Hadid, Priyanka Chopra, and a number of Victoria's Secret Angels, and Grande is a treasured client.

Perhaps one of their most memorable collaborations was the 2018 Met Gala, where the former Disney star stunned in a Michelangelo-inspired Vera Wang gown. Grande teased the dress in her "God Is a Woman" music video earlier that July, as she explained.

Absent From The Met Gala

Speaking of the Met Gala, Grande was among the famous absentees at this year's event, along with Lady Gaga, Miley Cyrus, Selena Gomez, Zendaya, and many others.

While it's not clear why the Positions singer and her husband opted out of the prestigious gala, Elle has intimated (in two separate articles, no less) that she's been tied up with preparations for her Glinda role.

Shooting for Wicked -- an adaptation of the Broadway musical, helmed by Jon M. Chu (Now You See Me 2) -- is scheduled to start next month and Grande has been busily rehearsing the music for her part.

Given that the feature film will be shot in London, perhaps it's no coincidence that Grande has adopted a more "British" hairstyle.